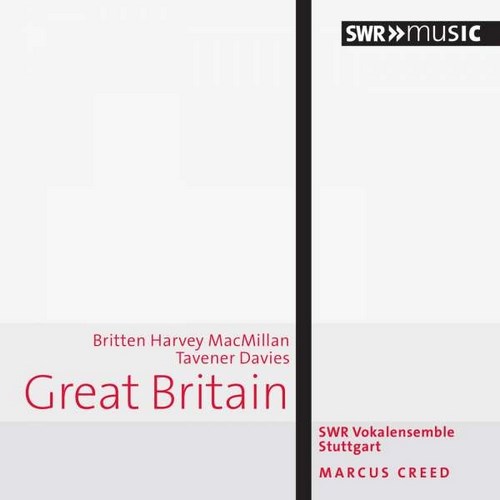 Britten:
Sacred and Profane, Op. 91
Maxwell Davies:
Corpus Christi with Cat and Mouse
Harvey J:
How Could The Soul Take Flight
MacMillan:
Alleluja
Tavener:
Schuon Hymnen
Great Britain’s music culture is marked by a centuries-old tradition of choral singing, as is shown, for instance, in the institution of college choirs. Church policy had a beneficial effect on the development of sacred music. After the Anglican Church separated from Rome in the sixteenth century and the abbeys were secularized, many cathedral choirs were founded which took over the Holy Office from the monastic communities.

The fact that sacred choral music in the British Isles is still written largely with an orientation to liturgical purposes must be understood as an effect of this constellation. The close relationship between the way composers and performers work, moreover, explains the tendency of a large portion of this art to be addressed to the general public.