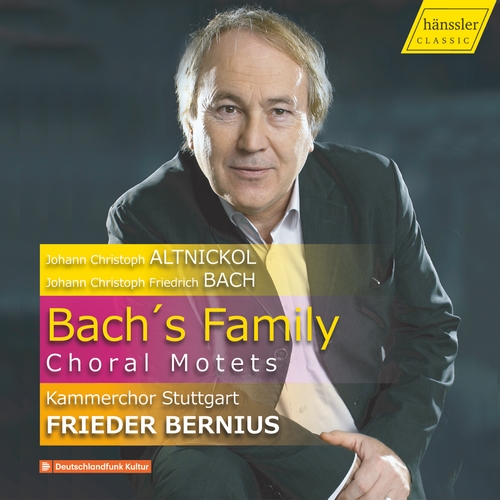 Johann Christoph Altnickol:
Befiehl du deine Wege
Nun danket alle Gott, BWV Anh. 164
Several of Johann Christoph Friedrich Bach´s, (called the “Bückeburg Bach”) liturgical works benefited from choral writing in cantatas, passions and oratorios by his father Johann Sebastian; at times, these even appear in prominent positions, as in the motet on the familiar hymn by Otto Nicolai (1566–1608) “Wachet auf, ruft uns die Stimme” (BR-JCFB H 101) with its elaborate counterpoint. The four-part chorale “Gloria sei dir gesungen” at the end of the work is taken from his father’s cantata of the same name (BWV 140). No specific occasion for the motet’s composition is known, and the work can be only approximately dated to the mid-1780s. Many passages written to show off the singer’s virtuosity are in the direct tradition of his father, who often gave his vocal writing an instrumental treatment – in accordance with his conviction that “everything must be possible”. The singers often found that this approach to composition tested them to the limit of their powers.

We do not know the extent of Altnickol’s musical output. Very few of his compositions have survived. Apart from some keyboard works, a ricercare and the G minor harpsichord concerto, there are two Sanctus settings, two festival cantatas and the two chorale motets selected for the present recording, “Befiehl du deine Wege” and “Nun danket alle Gott”. Bach had testified to his pupil’s “quite special facility in Composition”. 1749 Altnickol married Bach´s daughter Elisabeth Juliane Friederica.
Recording: June, 15 – 17, 2018, Gönningen, Kirche.