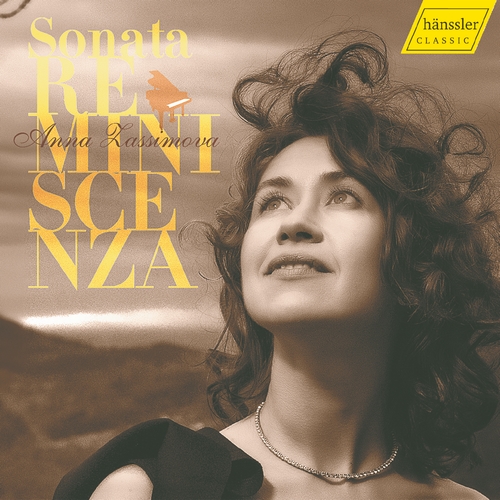 Ivan Wyschnegradski:
Etude sur le "Carre magique sonore", Op. 40
The idea of this CD arose many years ago, at the time I released my second solo album Vergessene Weisen (forgotten melodies) – Russian music at the turn of the 20th century. What keeps amazing me is the number of gems that are still to be discovered in the piano repertoire of this period and the high quality of these rarely performed works. Of course, time eventually puts everything in its place, though sometimes this process is rather slow. A thought that has often occurred to me is that, at the time when this music was being written, these Russian composers may well have bumped into people like Vladimir Lenin or Nikola Tesla on the streets of Paris (where the composers spent much of their time), and nobody then knew the impact such people were to have on world history.

That said, this CD was not intended as a compilation of rare Russian piano works but as a lively musical extract from this exciting period in which Europe underwent rapid and dramatic change At the same time, the works presented here all exude a common sentiment and, despite all their differences, are connected by their musical soul.
Recording: No 1-13: Lisztzentrum Raiding, Österreich, 04.12.15 – 06.12.15; No 14: Hans-Rosbaud-Studio SWR Baden-Baden, 2009. Piano: Steinway D