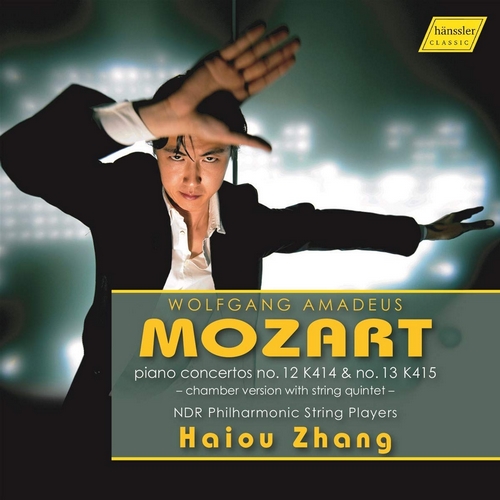 Concerto for Piano and Orchestra No. 12 in A Major, K. 414
Concerto for Piano and Orchestra No. 13 in C Major, K. 415
Seen from a musical and historical point, Mozart's concertos for piano and orchestra are the veritable beginning of this genre and at the same time climax. With his great concertos, Mozart achieved works which represent to a large extent the quintessence of what possible in this genre. Rightly so, music researcher, Alfred Einstein, ascertains that Mozart's piano concertos are "the culmination and acme of his instrumental creativity, at least in the area of orchestral music.'' Twenty-three concertos for piano and orchestra have been preserved among which is one for two pianos (No. 7 K.365 and 3l6a respectively) and one for three pianos and orchestra (No,10, K.242).

The successful performance of his first Viennes concertos Nos. 11 - 13 was, in any case, beyond question. Mozart had had a brilliant start. He described the pieces to his father as, ,,the concertos are a cross between too heavy and too light - they are very brilliant - pleasant tot he ear - naturally, without trialing off into a void - here and there - experts alone will reap satisfaction - indeed so much - that even the non connoisseurs will have to be satisfied with them without knowing why".