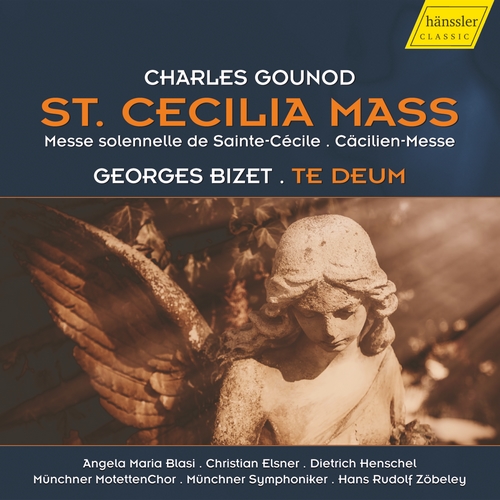 Gounod's operas were not a great success on stage, but the experiences he had with these dramatic works made him well in composing his mass. He shows fine, firm contours in his handling of dramatic contrasts, which appear particularly in the Gloria and Credo. The "laudamus te" in the Gloria, an Allegro pomposo, offers powerful solo and tutti effects. In the following Andante to the text "Domine fili unigenite" Gounod emphasizes especially the "miserere nobis". The terzetto with chorus with the imploring gestures of the three bass, tenor and soprano soloists would be a credit to any great French opera. The credo is entirely oriented towards the idea of a community united in faith.

Beautiful melodies, memorable motifs that are repeated and varied with new texts and simple accompanying figures in the instrumental parts lend each section in the mass a uniform basic mood. Gounod had a keen sense of what kind of music was needed for sacred space.
Live Recording: March, 13 / 17, 1996, Herkuelssaal München