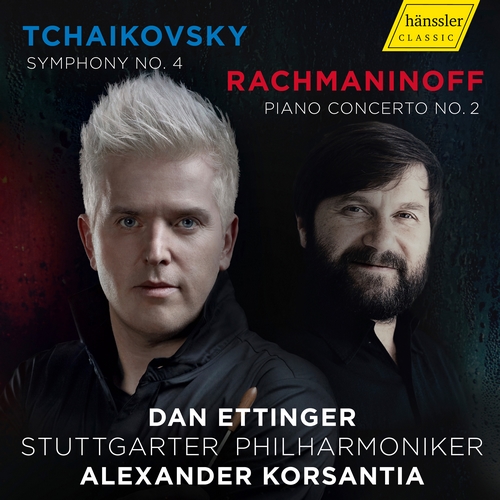 Pyotr I. Tchaikovsky:
Symphony No. 4 in F minor, Op. 36
Tchaikovsky remarked of his 4th Symphony at the time: “It seems to me that this is my best work ever.” The Fourth Symphony was premiered in Moscow in February 1878. “My symphony is of course programmatic, but the programme is laid out in such a way that it is impossible to express it in words … But is that not what a symphony, the most lyrical of all musical forms, should be?”

On October 27, 1901, Rachmaninoffs Piano Concerto No. 2 was premiered with the composer at the piano. The work has been a favourite with audiences since that first performance, and in contrast with his other piano concertos, Rachmaninoff judged it to be so good that he made no alterations to it.

The Stuttgart Philharmonic was founded in September 1924 and gives guest concerts throughout Germany and abroad each year. Alexander Korsantia was born in Tiflis and is one of the leading pianists of our time. A “major artist” (Miami Herald) he has been praised for a “piano technique where difficulties simply do not exist” (Calgary Sun).
Recording: September 24 - 26, 2020, Stadthalle Sindelfingen, Germany.