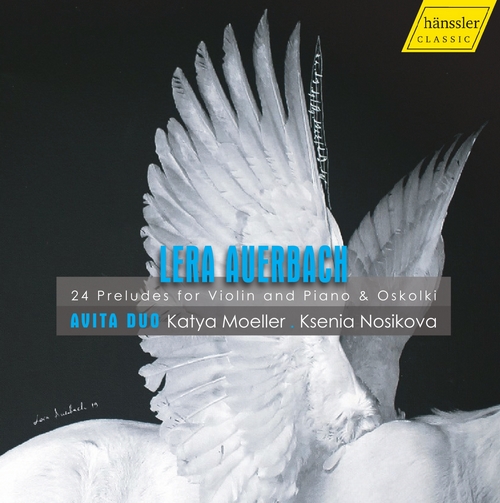 24 Preludes
Prelude No. 8 P.S.
Prelude No. 22 P.S.
Oskolki 1-10
A renaissance artist for modern times, Lera Auerbach is a widely recognized conductor, pianist, and composer. She is also a published poet and an exhibited visual artist. All of her work is interconnected as part of a cohesive and comprehensive artistic worldview. Born in the Russian city of Chelyabinsk in the Ural Mountains at the gateway of Siberia, Lera Auerbach has become one of today’s most sought after and exciting creative voices. Her performances and music are featured in the world’s leading stages – from Vienna’s Musikverein and London’s Royal Albert Hall to New York’s Carnegie Hall and Washington D.C.’s Kennedy Center.