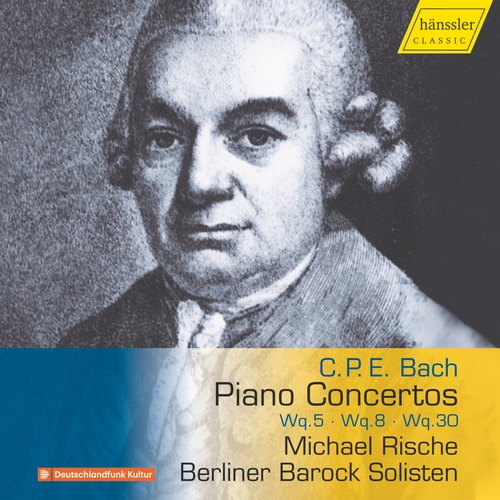 Concerto c-moll, Wq.5
Concerto A-Dur, Wq.8
Concerto h-moll, Wq.30
As early as his Piano Concerto in A minor, Wq1, which he composed in Leipzig at the age of 19, it was hard for Carl Philipp Emanuel Bach to conceal his ability to weave his own stylistic flair into the still nascent genre of the piano concerto.

This can be seen not only pianistically in unconventional technical demands (leaps of up to two octaves combined with melodic writing, elaborate embellishments and other features typical of instrumental works) but also in unexpected extensions of the formal layout and at times abruptly harsh passages.

Starting with Wq1, Carl Philipp Emanuel Bach proved the tremendous potential for development and transformation of this genre. The concertos would occupy him all his life and constantly take him along new pathways. Thus, in the course of 55 years a cosmos emerged which only our generation has been given the opportunity to discover.
Recording: March 2022, Teldexstudios Berlin-Lichterfelde. Tuning: 442’ Hz.