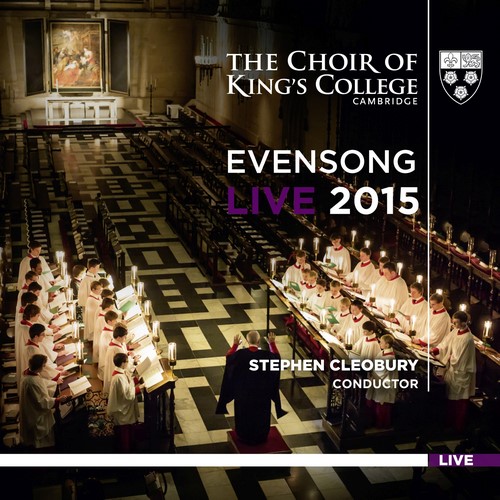 Vaughan Williams:
Five Mystical Songs - Antiphon
Evensong Live 2015 is drawn from the best of the Choir's weekly webcasts recorded during the 2013/14 academic year. The recordings were made during real services, using a state-of-the-art recording system concealed in the roof, vestry and organ loft, with microphones suspended above the choir stalls and organ. This album includes a selection of the best performances captured during the year, as selected by the Choir's Director of Music, Stephen Cleobury. The Choir of King's College, Cambridge is one of the world's foremost choirs and unquestionably among the most widely heard. It owes it's existence to King Henry VI, who envisaged the daily singing of services in his magnificent chapel. This remains the Choir's raison d'etre. The Choir has produced numerous professional singers including James Gilchrist, Christopher Purves and Gerald Finley.
Recordec live in the Chapel of King's Collage, Cambridge