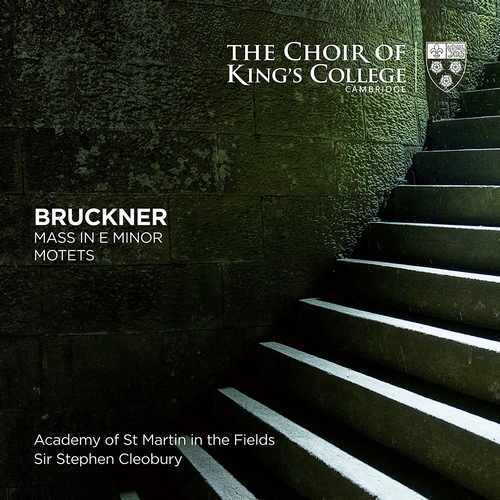 Ecce sacerdos magnus
Mass No. 2 in E Minor
Tota pulchra es
Virga Jesse
Locus iste
Ave Maria
Christus factus est
Bruckner's E Minor Mass and a selection of his profoundly beautiful motets were selected by Sir Stephen Cleobury as his last album at King's, recorded only a few months before his death. Perhaps the deepest and most spiritual of Bruckner's masses, the 'Mass in E minor' is unusual in it's scoring for choir, wind and brass. It is recorded here by the Choir of King's College, Cambridge and the Academy of St Martin in the Fields in King's College Chapel. The album is accompanied by a specially-commissioned Appreciation for Sir Stephen, written by Professor Iain Fenlon, as well as Shades of the Past in Bruckner's Sacred Music - another commissioned essay on Bruckner's works by Dr. Martin Ennis.
Recorded 10 - 13 March & 24 - 25 June, 2019, King’s College Chapel