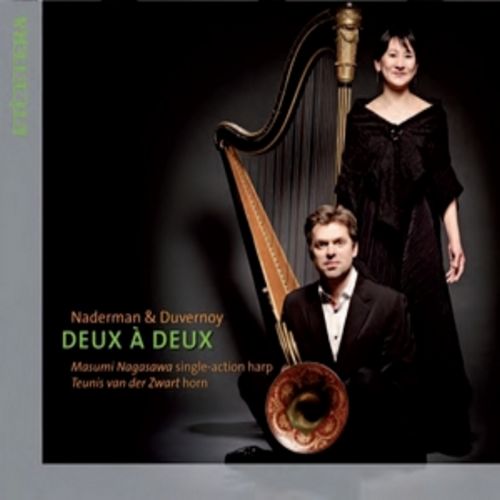 F. Duvernoy:
Nocturne No.II in E flat major
Masumi Nagasawa is one of the few harpists to perform on the modern Grand Harp, the singleaction harp (18th-19th century historical harp), the Irish harp and the kugo or Japanese ancient harp. She received the Muramatsu Music Prize Grand Prix Japan in 1990, awarded only to prestigious musicians. She has since been invited to International Festivals and also to various International Harp competitions as a jury member, these including the Concours Lily Laskine in Paris.

She has been a soloist with the Amsterdam Concertgebouw Chamber Orchestra, St. John’s College Choir Cambridge and has also appeared as a soloist together with Dame Kiri Te Kanawa and Cecilia Bartoli. On historical harp she has performed with the Freiburger Baroque Orchestra, the Balthasar-Neuman Ensemble, the Kammerorchester Basel, the Orchestra La Scintilla and the Netherlands Bach Society. Alongside her concert appearances she both composes and arranges music for the harp; this has also been published and recorded. She currently teaches at the Conservatory in Maastricht.

After being prizewinner in the Bad Harzburg Natural Horn Competition 1989, Teunis van der Zwart decided to become a worldwide ambassador for the natural horn. Since then he made numerous recordings and concert-tours with outstanding ensembles for early music, like the Amsterdam Baroque Orchestra, Orchestre des Champs-Elysées, windsextet Nachtmusique, Akademie für Alte Musik Berlin, Bach Collegium Japan, Collegium Vocale Gent. For fifteen years van der Zwart was the principal hornplayer of the Freiburg Baroque Orchestra, a position he still has with The Orchestra of the 18th Century.