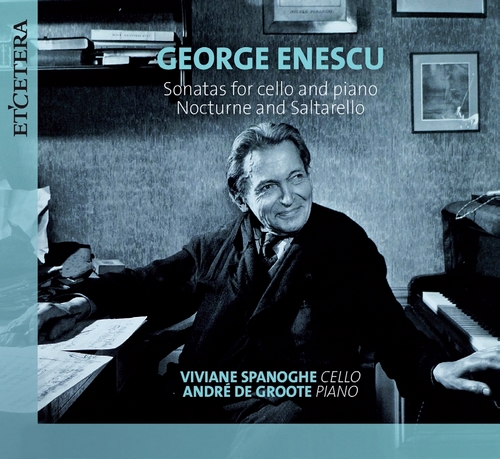 Enescu: Sonatas for cello and piano

Etcetera - KTC 1512
Kompozytor
George Enescu (1881-1955)
Wykonawcy
Viviane Spanoghe, cello
André De Groote, piano
Sonata for cello and piano Op. 26 Nr. 2
Nocturne & Saltarello for cello and piano
Sonata for cello and piano Op. 26 Nr. 1
Enescu’s style has been extensively discussed, but ,after listening to these works for cello and piano an agreement could be reached upon the term personel Impressionism”. Enescu succesfully” combines a typically French timbre and harmonic sensivity with his own highly personal melodic and harmonic modality. Unisono passages at the onset of the first Sonata and the second move- ment of the second emphasize the power of his rhythm and melody. The second Sonata, rarely performed, has nevertheless received more at- tention than the first and upon bearing the three ,works compiled in the first complete recording the listener will appreciate that the kernel of Enescu’s stylistic evolution was already present ,in his earliest works, just as was the case of, say ... Beethoven