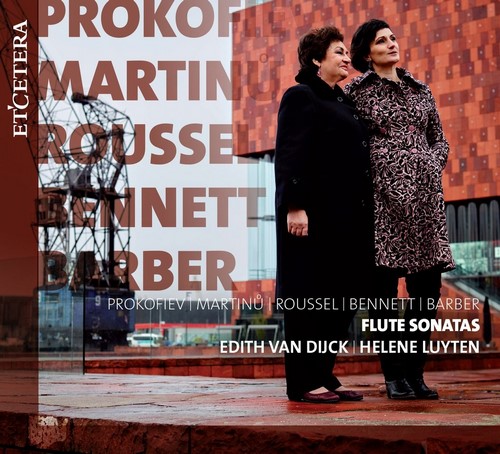 Barber:
Canzone
‘Can any mortal mixture of Earth’s mould breathe such divine, enchanting ravishment?’ It was with this high-flown rhetoric that the Irish military lawyer and amateur flautist Henry Macaulay Fitzgibbon expressed his amazement that the flute was not taken up by everybody. He stated in his The story of the flute (1914) that he had become conscious of a renewed interest in the instrument; after a period of relative disinterest, he happily posited, ‘the flute excites more enthusiasm among its votaries than any other instrument.’ This recent increase was, he felt, largely thanks to the high artistic level of flautists and the excellent new compositions being written for the instrument at that time. Fitzgibbon was delighted at the musical attention and artistic amiableness that the flute had brought into existence: ‘there is a kind of free-masonry among flute-players.’ Those who would like to know what resulted from this camaraderie between composers and flautists have only to cast an eye over French music composed during the early 20th century. This cd goes even further, accros the Atlantic