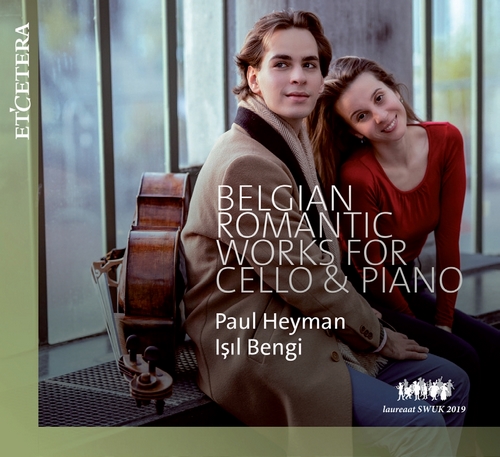 Cesar Franck:
Sonata for violin (arr. cello) and piano in A Major

Peter Benoit:
Heeft het roosje milde geuren
Is a mystery the root cause of the fact that Henri Vieuxtemps, César Franck, Eugene Ysaye and Guillaume Lekeu were all born in such a small territory between Liege and Aachen? Or is it merely the result of the popular music practice there at that time? Anyway, the region of Liege and Verviers gave musical heroes of international standard to Belgium: violinists, pianists and composers.

Vieuxtemps and Franck were dominant figures in the 19th century who united the best of two worlds, the Latin and the Germanic world, which at that time was not easily understood. We find this synthesis in the playing of Ysaye as well as in the composition of Lekeu. Solid structures – not necessarily traditional – are combined with an abundant lyricism and an assumed virtuosity; the influence of the late Beethoven, of Wagner and of the Northern mist adjacent to the clarity and the sun of the South.

Ysaye can be seen as the central composer of this album: he was a student of Vieuxtemps, but also the master of Franck and Lekeu. Both dedicate their sonata to Ysaye, who then created the work. His timbre, even in his lullaby for his sick son, is auburn, rich of autumnal inflexions: like his master, he liked to take the viola and even the cello to play music with his colleagues. It is striking how this program harmonises with the sound of the cello; it is known that Jules Delsart’s arrangement of the Franck sonata was highly successful. Peter Benoit, the herald of Flemish music and appreciated by his Walloon colleagues, deserves a special mention in this list. One of his melodies on a poem of Emmanuel Hiel « Heeft het roosje milde geuren » (How sweet, the smell of the young rose) knew a lasting success.