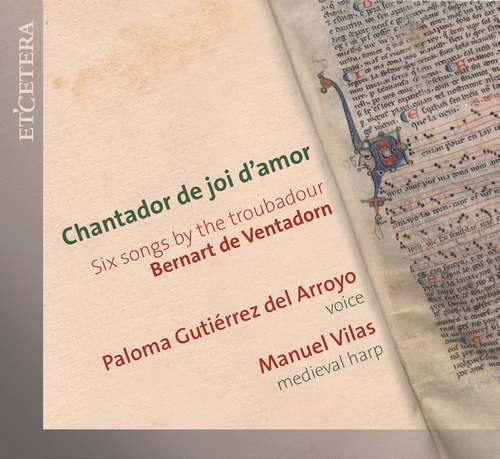 Chantador of course means ‘singer’ and Bernard de Ventadorn was fully worthy of the title. A troubadour from the Limoges region in the 12th century, he wrote love poems in Occitan and set them to music. He was not only the object of much raillery during his lifetime, but was also subjected to various hypotheses concerning his birth during the 20th century: he may have been the son of a baker or even the illegitimate son of a viscount in a castle in Moustier-Ventadour, the ruins of which are currently being excavated and explored. The amount of texts and music attributed to him that has survived in chansonniers, manuscripts that are veritable song-books, was equalled by very few other troubadours of the time; forty-one cansos, poems with love alone as their subject, can be attributed to him with certainty; his musical settings for seventeen of these have also survived.
Six songs by the troubadour Bernart de Ventadorn