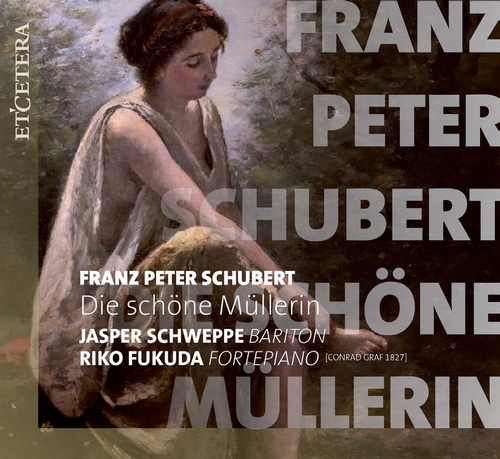 Die schöne Müllerin, Op. 25
D 795
The music of Schubert breathes the romance of its day, and wakes in me a yearning for that timeless time. A time without neon lights and without the roar of motorways. A time in which we took the silence for granted, and every noise was a noise of man or beast. The silence in which music could sound only if it were played there and then. How I would love to have heard how Schubert, with a guitar or fortepiano, performed his own songs…

In my performance, I try to reach as near as I can to Schubert’s intention, by thinking not so much from a bel canto perspective as from declamation of the text. I try to escape today’s manner of singing by approaching his songs from the 18th century. To come as close as possible to the source, the choice was also made in our Winterreise recording to use a fortepiano from the time of the composer. We decided on an instrument from the Graf workshop, which was established in the street where Schubert lived.

In this recording I enjoyed the help of a brilliant team. My thanks go to Riko Fukuda for her inspiring playing and her patience. To Edwin Beunk for his hospitality and for the use of his stunning Graf piano from 1824. To engineer Jan Steenbeeke and recording directors Eugeen Liven d’Abelardo and Marius van Altena. And of course the warmest thanks to Derk Bloemendaal, who made the recording financially possible.