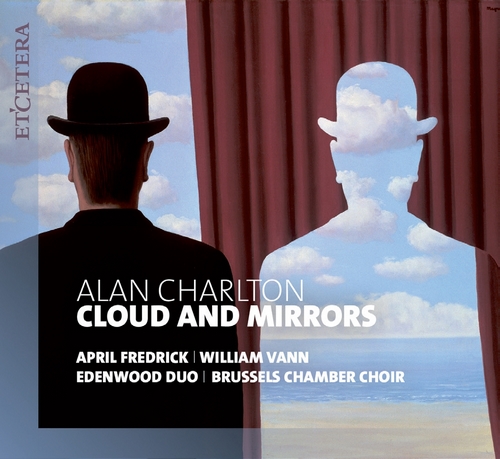 The Cloud - song cycle for soprano and piano
The Snow in the Street
Gaudete! Gaudete! Christus est natus
Suite for Cello & Guitar
Fantasy
Alan Charlton was a composer, music author and educator renowned for his innate musicality and intellectual rigour. Born in Perivale, London, in 1970, he studied horn, piano and composition at the Junior Royal Academy of Music before gaining a place at the University of Bristol to read Music. It was here that Charlton’s passion for composition flourished, earning him the first ever PhD in composition to be awarded by the university. Having taught composition at Bristol, he then took up a position as the first Eileen Norris Fellow in Composition at Bedford School, where he taught, among others, pianist William Vann, singer and choral educator Paul Smith of Voces8, and future England cricket captain Alastair Cook. In 2011 Charlton met his wife, Nicola, whilst playing the cello in the London Shostakovich Orchestra, and in 2013 moved with her to Brussels. Their daughter, Eleanor, was born the following year. Alan’s untimely death from neuroendocrine cancer came in 2018, at the age of 47.

Charlton’s composition teachers included Raymond Warren, Sir Peter Maxwell Davies, Robert Saxton, Adrian Beaumont and Judith Weir. His compositions have won many awards, been broadcast on BBC Radio 3, and been heard in the UK, wider Europe and around the world, at venues including London’s Barbican, Purcell Room and St Martin-in-the-Fields, St George’s Bristol, Brussels Cathedral, and in India, Jordan, Tanzania and the USA.

In 2010 he invented an entirely new harmonic language, which he dubbed Charltonality, in which he has two different scales mirror eachother: every pitch in the first scale is paired to a pitch in the second scale, and they always sound together. The technique was devised in order to create new chords and chord progressions that would otherwise be physically unplayable and very difficult to imagine aurally.

His music was also inspired by landscape, nature, and birdsong, which he regularly sought out at his parents’ home in Wensleydale and on birding trips in Ireland and wider Europe. Charlton’s music affords technical and interpretative challenges to the performer, and it expects an attentive ear from the listener, but it has always been highly practical, whether written for professionals, amateurs or children.