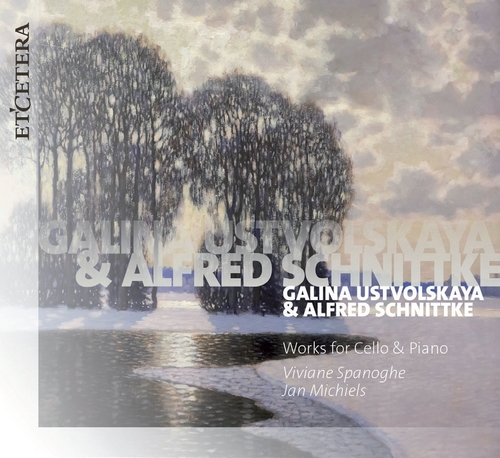 Alfred Schnittke:
Epilogue to the Ballet Peer Gynt
Viviane Spanoghe’s career started in 1975, when she won a prize at the Dexia Bank’s “Axion Classics” competition. Her student journeys led her from Courtrai to Ghent with her teacher André Messens, later to Essen’s Folkwang Musikhochschule, where she studied with Maria Kliegel, at the time assistant to János Starker, who took charge of her finishing studies in 1979 at the Indiana University’s Music department in Bloomington. Since 1980, after a prize in the Belgian Radio’s “Tenuto” competition, she performed at home and abroad with such renowned conductors as Georges Octors, Lawrence Foster, Janos Fürst, Leopold Hager, Jan Latham-Koenig, Michael Laus, Marco Guidarini and Martyn Brabbins; in 1999 she was a guest at the Kronberg International Cello Festival.

Since being a laureate in the Brussels Queen Elizabeth competition 1991 Jan Michiels has been known for his very personal and multi-layered approach to the piano repertoire, combining old and new in always changing perspectives. Numerous recordings testify his activity - to quote a few, ‘Lost in Venice with Prometheus’, ‘The War of the Romantics’ or ‘Slavic Soul’ (all published by Fuga Libera) contain music from Bach till today seen from the position of a performer composing his programs through a continuous dialogue with living music history. Jan Michiels worked indeed closely with composers such as a.o. G.Kurtág, H.Holliger, H.Lachenmann, K.Goeyvaerts, K.Huber, R. Groslot and K.Defoort. One of his main inspiration sources is Luigi Nono, who stood at the centre of his doctorate in the Arts ‘Teatro dell’Ascolto’ (2011)