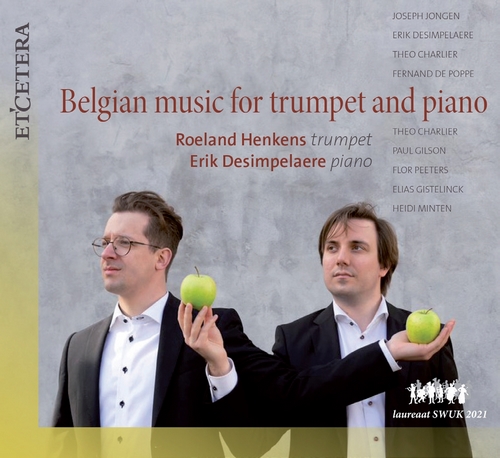 Heidi Minten:
Dreams from Malaga
First trumpet of the Den Norske Opera & Ballett in Norway, Roeland Henkens has a prominent reputation as an orchestral and chamber musician and as a soloist. He has performed in some famous historical venues around the world, such as the Acropolis Museum in Athens, as well as in the most important concert halls in Europe. He received the first prize and the “Prix Coup de coeur” at the “8eme Concours International de Musique de Chambre de Lyon” with the Belgian Brass Quintet Eburon Quintet in 2014. Besides winning competitions in his native Belgium, Roeland has received awards at international competitions. In September 2016 he became the winner of the Trumpet category in the renowned Aeolus International Competition for Winds in Germany. He also received the “Belgian Culture Prize” by the city of Beringen.

Roeland is the current assistant conductor of the Stavanger Symphony Orchestra. In 2019 he was assistant conductor at Den Norske Opera & Ballett, where he conducted the choir, soloists, and orchestra in productions such as Anne Petersdotter, Hänsel und Gretel and Tchaikovsky’s Onegin. In 2020 he was granted a place as a participant in the Norwegian Conductor Forum. In 2015 Roeland completed his studies in Trumpet Performance with the “Highest Distinction” at the Hochschule für Musik und Darstellende Kunst in Frankfurt am Main with Professor Klaus Schuhwerk. He is currently completing his Master Graduate at the Norwegian Academy of Music under the tutelage of Ole Kristian Ruud and Sigmund Thorp. Roeland is a Yamaha artist.