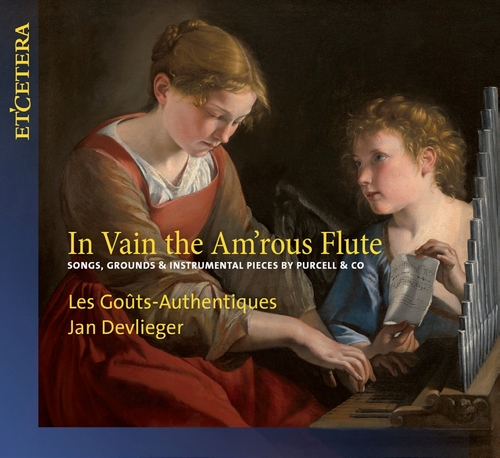 The Second Part of Musick’s Hand-maid - Ground “Scocca pur”
The Division Flute - Green Sleeves to a Ground
Les Gouts-Authentiques is an early music ensemble whose goal is to introduce ‘authentic tastes’ musical styles from the Renaissance, Baroque and Classical periods to their audiences in a colourful and lively manner. Les Gouts-Authentiques is a reference to Les Gouts-Réunis, in which work François Couperin described the striving for a fusion of the French and Italian baroque styles during the first half of the 18th century. Couperin was convinced that this symbiosis would result in better music or even a better world. The players of Les Gouts-Authentiques vary according to the programme concerned. The ensemble is led by Jan Devlieger and has made several CDs, including A due cembali obligati for two harpsichords, The Submission based on music by the Loeillet family, and The Delightful Companion, made up of recorder duets from the Renaissance and Baroque periods.

Jan Devlieger was born in Ghent and studied at the conservatory there, gaining diplomas in chamber music, harmony, counterpoint and fugue, as well as master degrees in recorder and harpsichord. He is an active recorder player, harpsichordist, continuo player, concert presenter, publicist and composer. He has made CD recordings as solo harpsichordist and also with his own ensemble Les Gouts-Authentiques.