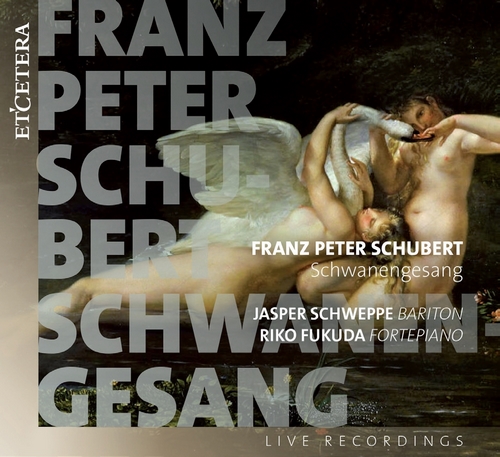 Schubert sent a collection of songs to his publisher in Leipzig six weeks before his death. The thirteen songs to texts by Ludwig Rellstab (1799-1860) and Heinrich Heine (1997-1956) had no clear order and were probably not intended to form a cycle like Die schöne Müllerin and Winterreise. His publisher most probably grouped the songs together under the title Schwanengesang because of Schubert’s untimely death and also added the song Die Taubenpost to the collection. This song, to a text by Johann Gabriel Seidl (1804-1875), is considered to be the last song that Schubert composed. Mortally ill, Schubert had composed an exceptional song in his rooms on the Kettenbrückengasse. When I first began work on Schwanengesang and explored it in depth, I was struck by the lightness and freshness of Die Taubenpost, a bright and uninhibited song about a young man who sends a carrier pigeon to his beloved. The elegant music not only makes the singer radiate self-confidence and optimism but also provides a splendid complement to the lyrics about unrequited love and longing. I find it incomprehensible that Schubert, a young man of 31 who was mortally ill and almost certainly knew it, was able to compose such a song. He was indeed a very great artist, one who died far too soon.

My discovery of Die Taubenpost was like a sudden revelation and inspired me to explore all of Schubert’s songs. I have now set myself the goal of recording all six hundred or so of his songs, although it will certainly be several years before this tremendously exciting project is complete. This CD is one of its first fruits.