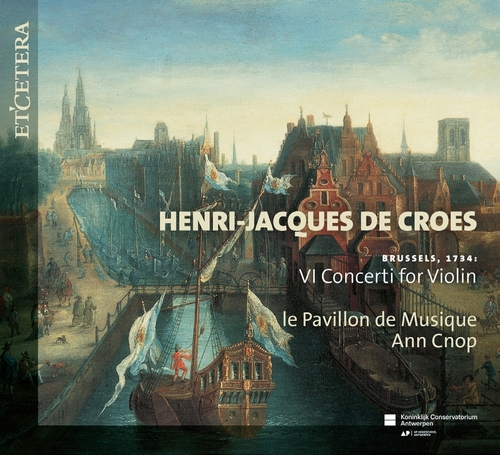 The concertos recorded here are clearly Italianate in style and are often reminiscent of Vivaldi’s Le quattro stagioni. To go by the instrumentation of De Croes’ concertos, it would be easy to classify them as concerti grossi; they are also listed as such in the RISM (Répertoire International des Sources Musicales). Such a term, however, is not strictly correct here, as two equally important solo violin parts are contrasted with two accompanying violins in a concerto grosso. De Croes departs considerably from this definition by giving the first solo violin the lion’s share of the work and by limiting the second solo violin’s contributions; the works therefore seem to be closer to violin concertos than to concerti grossi. De Croes also toys with the remaining violin parts: the second ripieno violin plays a more important role in the first concerto than the first ripieno violin.

We hope that this rediscovery and recording of De Croes’ violin concertos will help these works obtain a prominent place in today’s concert repertoire, for we find that they greatly deserve it.