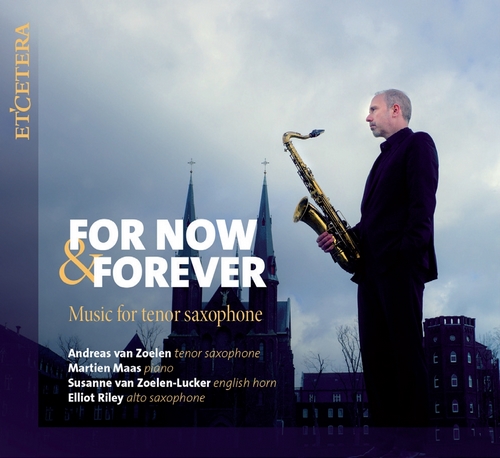 David Charlwood:
The Road Back

Jean Baptiste Singelee:
Adagio et Rondo, Op. 63
Souvenir de la Savoie, Op. 73
Saxophonist of Dutch/Moravian descent. He studied saxophone and conducting at the Brabants Conservatorium in the Netherlands. After these studies with Jean Pennings and Jan Cober, he studied with the famous Carina Rascher, daughter of pioneer saxophonist Sigurd Rascher.

As soloist he has performed with more than 20 orchestras, such as the UMA chamber orchestra, the Northern Arizona University Wind Symphony, the “Badische Staatskapelle Karlsruhe”, Germany, and the “Magogo Kamerorkest” in the Netherlands. He has also played numerous recitals, many of which with his duo partner Martien Maas at the piano, with who he has been performing for over two decades. About 140 works where written for van Zoelen, many of which for bass saxophone. He is considered a pioneer of this instrument. Van Zoelen could also be admired on many occasions as a musician with the Beethoven Orchester, Bonn, philharmonie zuidnederland and the Berlin Philharmonic Orchestra, under Sir Simon Rattle, too name only a few. He has performed regularly for international Radio and Television. As a recording artist, he has contributed to over 40 CD (LP) and DVD productions. Furthermore, he has performed with musicians like Stewart Copeland (the Police), Daniel Kientzy and Markus Stockhausen.