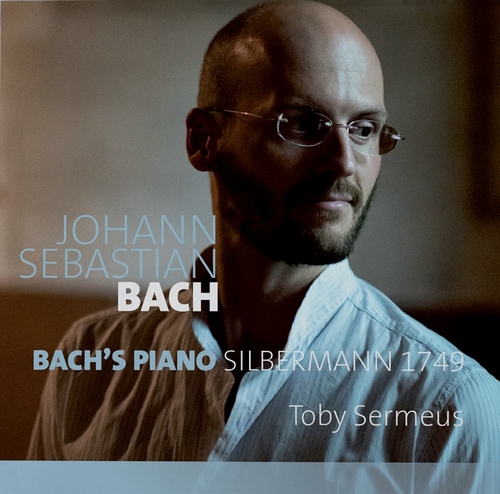 Clavierubung, Opus I. Partita V, BWV 829
Duet fur ein Clavier, BWV 802
Die Kunst der Fuge, Contrapunctus VIII, BWV 1080/8
Concerto nach Italienischem gusto, BWV 971
Clavierubung, Opus I. Partita I, BWV 825
Bach’s keyboard music has been performed on the piano for nearly three centuries. The first source that attests to this tradition describes an occasion with the composer himself at the fortepiano in 1747. The “modern piano” used at that time had been built by Gottfried Silbermann and was owned by Frederick the Great, King of Prussia. “The king gave up his concert for that evening, and invited ‘Old Bach’, as he was already known, to try the Silbermann pianofortes which stood in various parts of the Palace. The members of the court orchestra followed them from room to room; Bach had to try out the instrument and improvise on it everywhere.”

At the age of 20 classical pianist Toby Sermeus decided to completely revise his playing. Five years exclusively devoted to the study of baroque music, harpsichord and basso continuo practice were followed by a comprehensive exploration of classical and romantic repertoire utilising all manner of historical pianos, originals as well as replicas. Through pursuing this path of chronological learning, musical innovations and technical novelties were always perceived as something fresh, a logical next step or a surprise. This radical approach of playing his way forward through music history resulted in a musicianship and pianism profoundly rooted in western performance practice. Presently, Toby Sermeus lives in Brussels, Belgium. He performs, researches and ex- plores repertoire on harpsichord, historical and modern piano as a soloist and as a chamber musician.