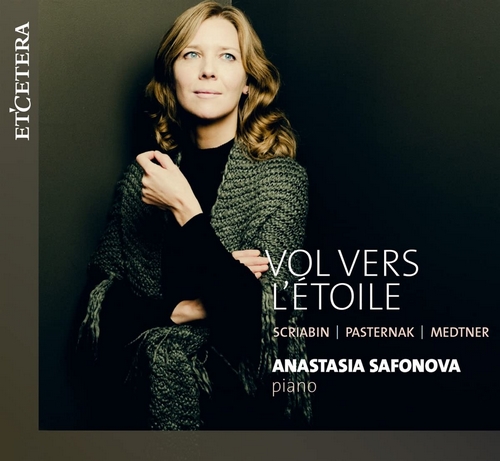 Nicolai Medtner:
Fairy Tales
The early years of the 20th century. The sun sets and night begins to fall in the streets of Moscow: the lamplighter is finishing his round. People hurry not to miss the start of a concert at the Pasternaks’ home; this was a meeting point for painters, musicians, writers and poets, where they played music, recited their works, and discussed everything, a manifestation of the great outburst of creativity that occurred at the turn of the century. Scriabin’s playing is nervous and inspired, delicate and refined. He fascinates his audience, not only with his playing but also with his compositions. Lev Tolstoy, the great Russian writer, praised Scriabin’s music, calling it “a sincere expression of genius”. My wish for this CD is that it might provide an insight into the special period in Russian cultural life between the two revolutions. I would like to end this introduction with a quote from the great Russian artist Wassily Kandinsky: “Every work of art is a child of its time, although often it is also the parent of our emotions. Every cultural period therefore creates its own art, which can never be repeated.”