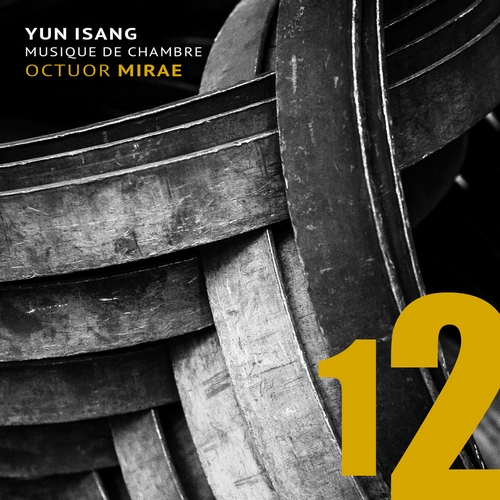 Herissons - LH 12
Kompozytor
Isang Yun (ur. 1995)
Wykonawcy
Octuor Mirae
Oktett
Glissées pour violoncelle
Trio pour clarinette, cor et basson
Monolog pour basson
Quintett II pour clarinette et cordes
"Mr Yun is considered to be a remarkable composer, not only in Europe but in almost every country in the world. His aim has always been to link the noblest traditions of Korean music to western musical trends. His work and personality must be considered an invaluable means of raising awareness of Korean art and culture outside Korea. [...] The world of international music needs Mr Yun and his role as mediator between East and West is for us, of the greatest importance. As an ambassador of Korean music and culture, he is irreplaceable." (Petition for the release of Yun Isang, 1967) The life of Yun Isang was interwoven with the history of 20th century Korea. He remained deeply attached to his country and shared, quite literally, all the mutations and suffering it was subjected to. The sound of his music is deeply Korean, has biographical roots (it contains "exact traces of the auditive impressions of [his] childhood"), conveys meaning in the same way as traditional music ("all Korean music expresses something extra-musical"), and is fed by the Taoist idea of balance from which it draws its formal perfection, like the Yin and Yang symbols on the south-Korean flag. In 1967, he was kidnapped in Germany by the South Korean secret services and taken to Seoul where he was accused of spying for North Korea. It took many international protests, the support of faithful friends, a petition bearing the names of Stockhausen, Ligeti, Stravinsky, Krenek, Henze, Berio, Boulez, Kagel, Zimmermann and Karajan, to bring about his release in 1969, at the end of two terrible years in prison. Yun obtained German nationality in 1971, and settled permanently in Germany. "And one day I would like to return to my birthplace, Korea, sit down at the edge of the sea, fish and listen to music in my head without writing it down, and find myself in that deep silence. It is there that I would like to be buried, in the warmth of my birthplace."