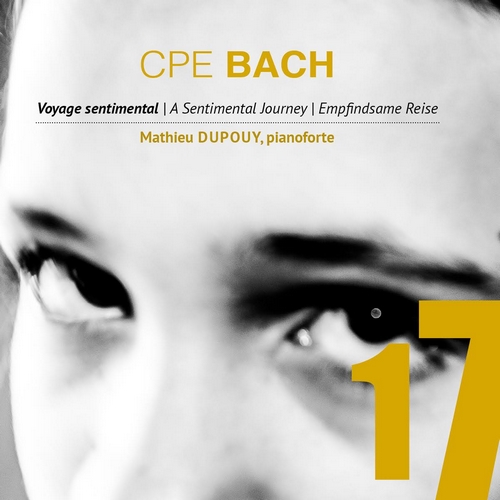 Mathieu Dupouy returns to a composer whom he has spent a lot of time since his recording LH02 dedicated to the music for clavichord of CPE Bach (ffff Telerama). It is now on a pianoforte ideally contemporary of the recorded works that he interprets this music, to restore all its power and immediacy.

As always, the libretto written by the interpreter studies the links between the composer and his time, more particularly with regard to CPE Bach the multiple literary influences that run through his work. That is why this recording is placed under the sign of Laurence Sterne and receives the subtitle of "Sentimental Journey", in reference to the influence of Anglophilia on the current of Empfindsamkeit ("Sensitivity") which we associate with the music of CPE Bach.