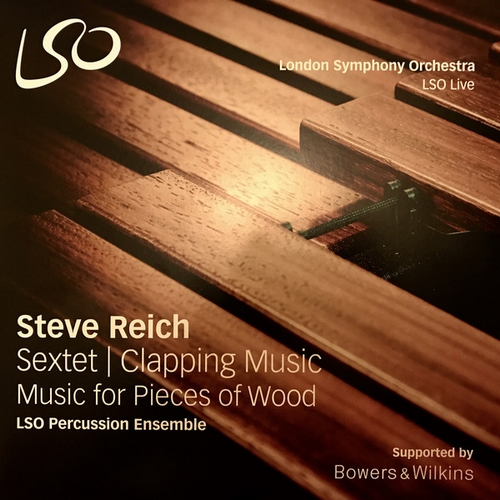 Employing Reich’s universally recognisable sound-world, Sextet uses hypnotic repetitions of a sequence of harmonies, which gradually overlap and interweave, resulting in a complex yet utterly compelling musical landscape. Introducing more dissonance and aggressive rhythms than previous compositions, the relationship of the five movements is that of an arch form, A-B-C-B-A. Changes in tempo are made abruptly at the beginning of new movements by metric modulation and sections are also organised harmonically with a chord cycle for the first and fifth. Reich says of the work – ‘The ambiguity here is between which is melody and which is accompaniment. In music that uses a great deal of repetition, I believe it is precisely these kinds of ambiguity that give vitality and life’.