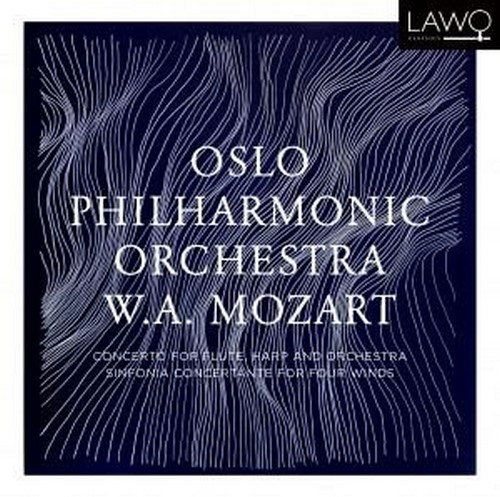 Concerto For Flute, Harp And Orchestra In C Major, K. 299
Cadenza, Movements I And III
Cadenza, Movement II
Sinfonia Concertante For Four Winds In E-Flat Major, K. 297b
In 1778 Mozart spent half a year in Paris. Mozart arrived in March, accompanied by his mother, Anna Maria. Tragedy struck in the middle of the summer, when she died of fever on the third of July, at the age of fiftyseven. She was buried the next day in the cemetery of Saint-Eustache in Paris. Both works on this album were composed in Paris in 1778, during the first weeks after their arrival. Concerto for Flute, Harp and Orchestra,K. 299 belongs to a group of works that were commissioned and composed, but not paid for. Sinfonia Concertante for Four Winds, K. 297B has been a hot potato of Mozart scholarship. In a letter to his father dated 7 April 1778, Mozart wrote that he had composed a sinfonia concertante for Mannheim musicians visiting Paris. It was scored for flute, oboe, horn and bassoon. The work on this CD recording is considered to be a revised copy of the score, with the flute replaced by a clarinet