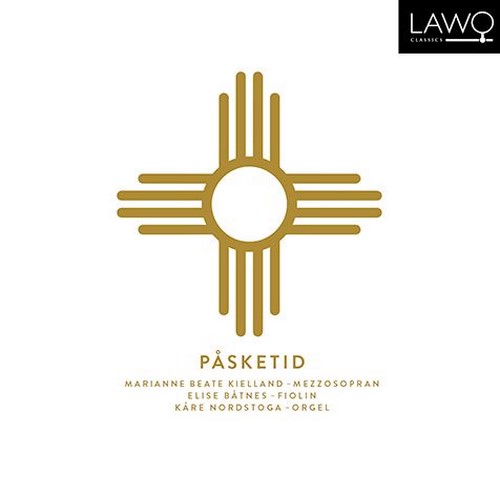 Three of Norway’s finest musicians, mezzo-soprano Marianne Beate Kielland, violinist Elise Batnes, and organist Kare Nordstoga, have collaborated on the album “Pasketid”, with hymns that convey all the moods of Easter. Featured as well are classical Easter works of Bach, Handel, and Gorecki. The recording aims to illuminate Easter themes and help draw attention to the beautiful Easter hymns, both familiar and lesser known.

Mezzo-soprano Marianne Beate Kielland is one of Norway’s most distinguished singers and performs regularly on major concert stages in Europe and Japan. Her critically acclaimed recordings on the LAWO Classics label include “Young Elling” (LWC1072) and “Grieg” (LWC1059).

Violinist Elise Batnes, first concertmaster of Oslo Philharmonic Orchestra, has performed as soloist with all the important Norwegian symphony orchestras and she continues to appear as soloist with leading orchestras and conductors around the world. Among earlier releases with LAWO Classics is her recording of duos for violin and viola by Mozart, Brustad, and Halvorsen with Henninge Batnes Landaas (LWC1028).

Kare Nordstoga is cathedral organist at Oslo Cathedral and an active concert organist. He frequently performs a large organ repertoire, and in recent years he has been soloist with the symphony orchestras of Oslo, Bergen, and Trondheim. He has previously released three double albums of Bach’s collected organ works on the LAWO Classics label (LWC1012, LWC1035, and LWC1056).