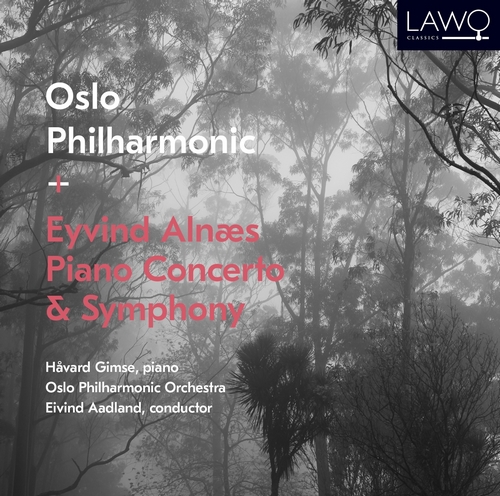 Eywind Alnaes:
Piano Concerto in D major, Op. 27
Symphony No. 1 in C minor, Op. 7
Eyvind Alnas’s first symphony was premiered in 1900, and although it received good reviews there and then, it was hardly performed over the next one hundred years due to dwindling enthusiasm for his late Romantic style. Since receiving new attention in 2010, the work, with its early influence of Tchaikovsky and Rachmaninoff, now meets with enthusiastic approval. The piano concerto is known to be a challenge for pianists did perhaps Alnas the organist make extra demands on busy fingers by slipping in a pedal part? The last movement clearly sends a greeting to Grieg, who once gave Alnas his highest recommendation. Eivind Aadland is one of Norway’s most respected conductors. His prolific discography spans a broad repertoire range and underlines his status as a tireless champion of Norwegian music.