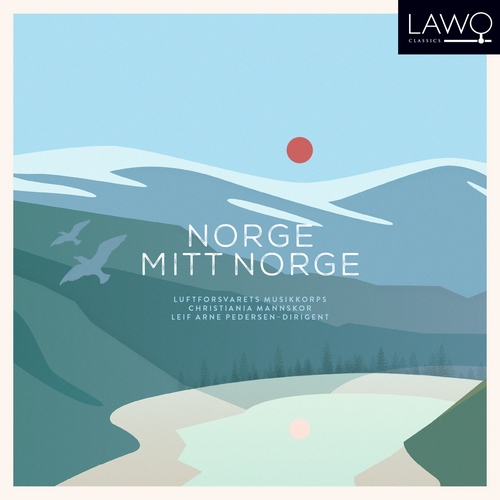 Fredrik Wilhelm Gomnas:
Kantate ved Militare Samfunds 100 ars jubilaum
The combination of band and male choir is perhaps not so common today, but it was rather widespread around 1900. In addition to the works on this album, Friedrich A. Reissiger and Ole Olsen composed for band and choir in Norway, and from abroad we know works for this combination by Anton Bruckner, Franz Liszt, Gustav Holst and Kurt Weill. The repertoire consists in the main of music written for solemn occasions usually held outdoors. The choice of pure wind instrumentation in addition to the choir probably was due to both acoustic and meteorological considerations related to an outdoor performance. Moreover, we must not forget that military bands were Norway’s only professional full-time ensembles when these pieces were written and, then as now, were the obvious choice for making music on days of national celebration. There are no earlier recordings of most of the pieces on this album, and we are not sure whether or not some were ever performed again after being premiered. This makes it all the more satisfying to shed light on them now in the hope that they may once again find their way back into concert programmes. A special thank you to Professor Harald Bjorkoy, who drew our attention to Johan Selmer’s “Hilsen til Nidaros” and put us onto this project.