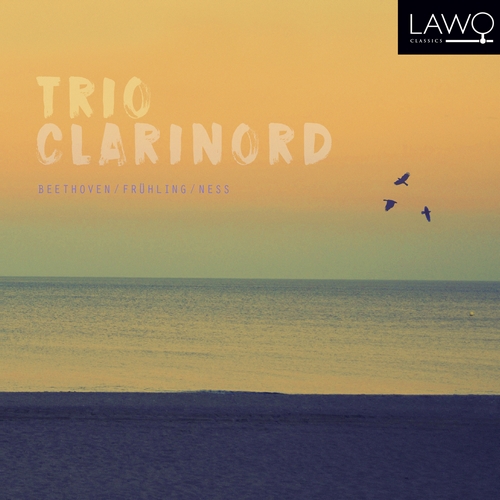 Contemporary Norwegian composer Jon Oivind Ness (b. 1968) is from Inderoy, Trondelag. That he has played several instruments, clarinet included, has provided a good basis for Sloughs (2013). Ness has attracted attention since the mid-1990s with the originality of his compositions. It is not his ingenuity, but rather a cheerful vitality that distinguishes his music. It captivates, and the musical expression and titles of his works are unconventional. He has an abundance of ideas, all elegantly developed, and his experience with pop music has given him an awareness of rhythm that permeates the rest of his contemporary works. "Sloughs" has a three-part structure. A more tranquil middle section is encompassed by virtuosic and power-driven (Russian?) passages, insistent and serpent-like. The work was commissioned by the arists.

Carl Frühling composed for all genres, including church music, orchestral works and chamber music. The English cellist Steven Isserlis has done a lot to bring Frühling’s pleasing music to light again after many years of obscurity. The "Trio opus 40" was published in 1925 and is in classical four-movement form.

Ludwig van Beethoven published "Trio opus 38" in 1805, but already then it had something of a varied existence. The work began as "Septet opus 20" for three wind and four string players. The transcription retains the clarinet part from the septet, while the cello part is imbued with an unusually independent quality, and the piano takes over for the missing instruments. The Trio was dedicated to Johann Adam Schmidt, the composer’s physician, who tried in vain to inhibit the progress of his deafness.
Recorded in Sofienberg Church, 13-16 April 2015.