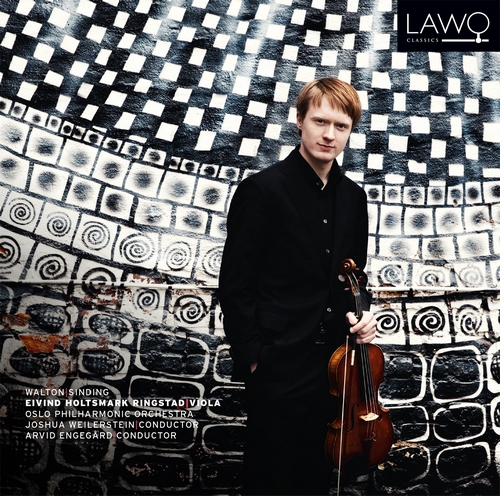 Christian Sinding:
Suite im alten Stil, op. 10
On this recording, we hear the Suite in an arrangement for viola and orchestra by Nils Thore Rosth, a violinist in the Orchestra of the Norwegian Opera and Ballet. That re-casting has an effect on the music’s mood and resonance as much as on its title: the suite is no longer in A, but cast a fourth lower in the key of D minor. Structurally, Sinding’s music remains unchanged. The subtitle ‘in the old style’ is most easily understood in the context of the opening Presto (‘fast’) movement, whose harmonic progressions and rapid figurations hark back to those of the Baroque period.

That perpetuum mobile opening serves as an antecedent to the slow Adagio, scored low on the violin in Sinding’s original but which in Rosth’s arrangement and with Eivind Holtsmark Ringstad’s velvety tone resounds with even more autumnal colouring. There are Baroque elements to this movement too, including the suggestion of a canon (an imitative device) and some touches of eighteenth-century German ornamentation. But in its warmth of expression the music is absolutely Romantic. Likewise the energetic finale, whose opening theme blossoms from Baroque order into Romantic freedom before halting for a technically intricate cadenza (itself full of Bach-style double-stopping) and eventually twisting from the minor up into the major on its final chord – an irresistible Baroque convention.
Recorded in Oslo Concert Hall, 27-29 April 2016 and 17 October 2016