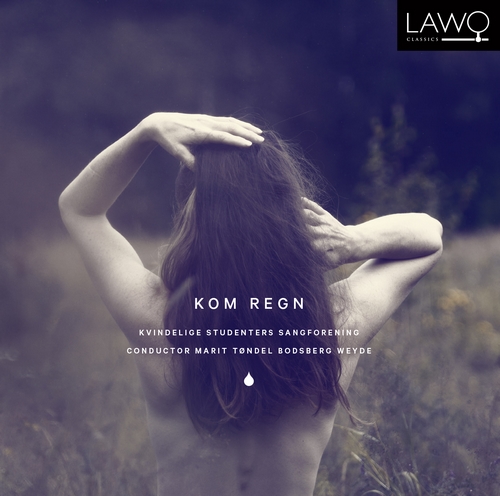 Bjorn Kruse:
Music to hear, why hear'st thou music sadly?
Renn over meg som regn
The world’s oldest academic female choir has sought out choir music for women by five male Norwegian composers compositions that challenge and expand conceptions of Norway’s cultural heritage. There is here scarcely a trace of a mountain or fjord or traditional folk music, or of Grieg, Kjerulf and Nordraak. The gentlemen on this recording chose other routes to the concert hall, cathedral and the cultural canon. One of them had as strong a faith in his uncompromising counterpoint as in the Almighty Creator, while sitting alone between the mountains and fjords of Western Norway. Another was a central figure of European contemporary music and musical life in the capital city, but his work was dismissed as “Pling-Plong” by Norwegian cultural conservatism’s self-appointed generals. Fartein Valen, Arne Nordheim, Egil Hovland, Knut Nystedt and Bjorn Kruse, each in his own way and with either the Bible or world poetry in his inside pocket, created sounds that convey a different history of Norwegian music. Placed in women’s voices, they provide the possibility of entering worlds of sound, words and lines that for many remain undiscovered, unanticipated and unprecedented.
Recorded in Ris Church, Oslo, 24–26 June, 23–25 September And 21–23 October 2016