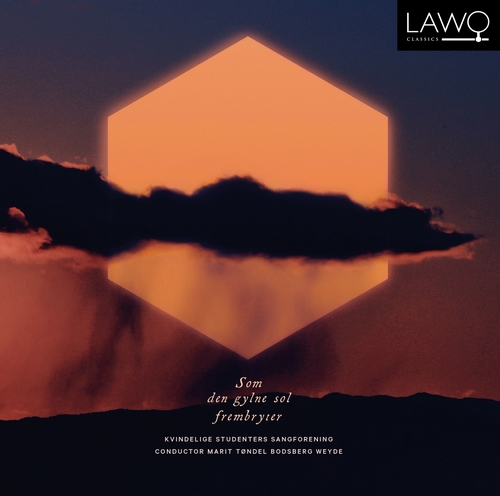 Christoph Ernst Friedrich Weyse:
Gud signe vart dyre fedreland
Today one finds female choirs in almost every nook and cranny of Norway. The time when Norwegian choral singing was dominated by male choirs can seem like the distant past. Toward the end of the nineteenth century, only eleven years after women were admitted for the first time ever as students to the university, three medical students joined forces and founded a university choir for women. The year was 1895. The Women’s Choral Society of the University of Oslo (Kvindelige Studenters Sangforening KSS) was a reality. It was in fact the world’s first academic choir for women, and has recently been ranked as the world’s best female choir by the music organisation Interkultur.

The collection of arrangements and compositions on this album bears the imprint of both National Romanticism and traditional Norwegian folk music. At the same time, it perhaps contains a greater variation of sources and styles than is typical for National Romantic male choir music. In the course of its long existence, KSS has in many ways created its own version of the tradition-bound, nation-affirming music. And it is this distinctive interpretation of the National Romantic element that represents much of what is unique about KSS. This release, "Som den gylne sol frembryter", seeks to embrace something of the identity that distinguished KSS 123 years ago, and still does so today.
Recorded in Ris Church, Olso, 24-26 June, 23-25 September and 21-23 October 2016.