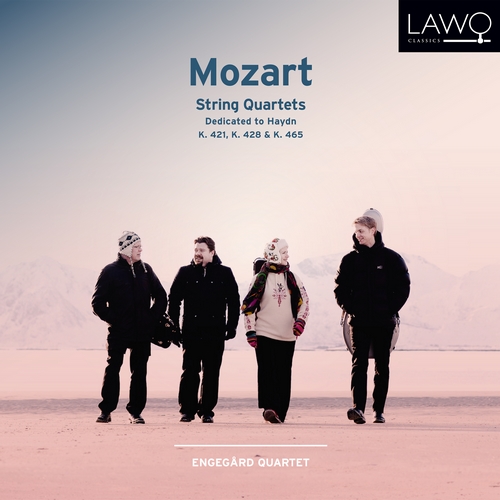 The six “Haydn” Quartets were written between 1782-85, while Mozart enjoys great popularity in Vienna. Mozart had written a series of quartets in his youth, but it had been almost ten years since he wrote the last one. With the “Haydn” Quartets he makes quite different demands on himself, the musicians, and the audience. The structure is not so surprising here we find fast first movements in what is today called sonata-allegro form, singable slow movements, minuets with trios, and often finale-rondos. But what he fills them with woke Haydn’s admiration and now awakens ours. Haydn’s admiration for his colleague 24 years his junior (Mozart lived from 1756 to 1791) was expressed through the following words aimed at Mozart’s father Leopold, himself also a capable composer: “I tell you by God as an honest man, your son is the greatest composer I know in person or by name; he has taste and furthermore the greatest compositional knowledge.” Haydn supposedly uttered this after having heard three of the quartets at a house concert at Mozart’s residence, where both Wolfgang and Leopold most likely contributed.