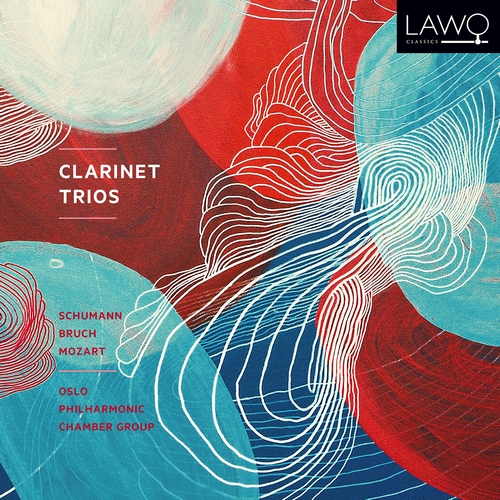 Wolfgang Amadeus Mozart:
Trio, K. 498
The combination of clarinet, viola and piano has not been used much by composers throughout the ages, and the most representative works are on this recording. Featured on this fourth release of Oslo Philharmonic Chamber Group are solo clarinettist Leif Arne Pedersen, violist Henninge Landaas and pianist Gonzalo Moreno.

Mozart heard the clarinet in the large cities and became ever more ardent in his enthusiasm for it. After settling in Vienna in 1781, he made the acquaintance of clarinettist Anton Stadler, and the two had an important influence on the instrument’s increasing popularity.

“Kegelstatt Trio”, heard on this CD, was composed in jovial company, in the context of a house concert at which Mozart himself played viola and Stadler clarinet. That Mozart composed “Kegelstatt Trio” while playing skittles is only partially true; “Kegelstatt” was added to the title of the trio in E-flat major sometime later. It can sound as though the three instruments in effect toss pins to each other in equal and elegant music making.

Schumann composed “Märchenerzählungen” in the spring of 1854, and his fairy tale images were composed in a three-day rush of creativity. The combination of instruments seemed to him very romantic, and he was clearly inspired by his dear friend Johannes Brahms. The four narratives do not refer to particular fairy tales, even though this time coincides with the publication of Grimms’ Fairy Tales.

The antiquated, more inward style of Bruch’s eight pieces for clarinet, viola and piano is perhaps due to the fact that he was 70 years old and soon to retire when he composed the work. Almost all the movements are minor, with emphasis on deep pitch. The eight movements are different, without any connection. Each movement develops its own themes with ever new ideas, and Bruch’s enthusiasm for traditional folk music is evident in several of the movements.
Recorded in Sofienburg Church, Oslo, 6-8 February 2017 and 6-7 June 2018. Viola: G. B. Guadagnini viola on loan from Dextra Musica.