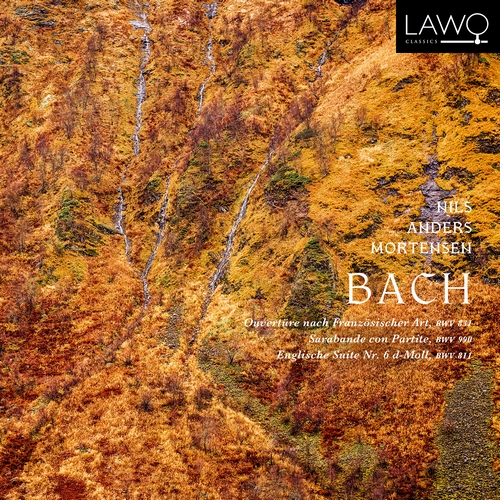 Overture in the French style, BWV 831
Sarabande con partite in C major, BWV 990
English Suite No. 6 in D minor, BWV 811
Excluding the numerous organ compositions, the majority of Bach's keyboard music is classified under well-defined headings – the 48 Preludes and Fugues known as The Well-Tempered Clavier, the English Suites, French Suites, Partitas, 2- and 3-part Inventions, Toccatas, and arrangements of other composers' concertos. Works which stand alone include the Goldberg Variations, the Chromatic Fantasy and Fugue and the Italian Concerto, but there remain many other gems which are relatively neglected simply because they are not so readily pigeon-holed.

Bach composed his six French Suites probably around 1722-5, but there is another suite “in the French Style”. Published in 1735 in Clavier-Übung II together with the Italian Concerto (an ideal contrast), and catalogued as BWV 831, this large-scale Overture in the French Style might well be grouped with the six French Suites, or perhaps with the six Partitas. It exists in an earlier version in C minor (BWV 831a), copied out by Bach's wife Anna Magdalena in the early 1730's. The Overture begins with a typically grand, intensely serious section with powerful dotted rhythms and many flourishes of rapid notes contributing to forward momentum. The opening movement – or overture, from which the complete overture/suite genre originally derived its title – is always the most extended, but here Bach takes this principle to an unusual extreme. As the actual French Suites lack preludes, this particular work represents the only “complete” overture/suite from Bach's maturity. The splendour of the opening passage gives way to a 6/8 fugal section evoking the style of a concerto. This equally extended part of the movement includes the dynamic marks piano and forte – not a common occurrence in Bach's keyboard works, but intended to suggest tutti and solo passages, as in a concerto. (It should also be noted that Bach wrote this work for a two-manual harpsichord). After the modified reprise of the imposing opening section, the marked final repeat takes in the whole of the long fugal passage once more. The following sequence of dance-movements begins with a Courante of the French type. Here Bach creates effective rhythmic ambiguity in the first two bars (and again near the end) by re-articulating the tonic pedal on every fourth beat in the context of a 3/2 time-signature.