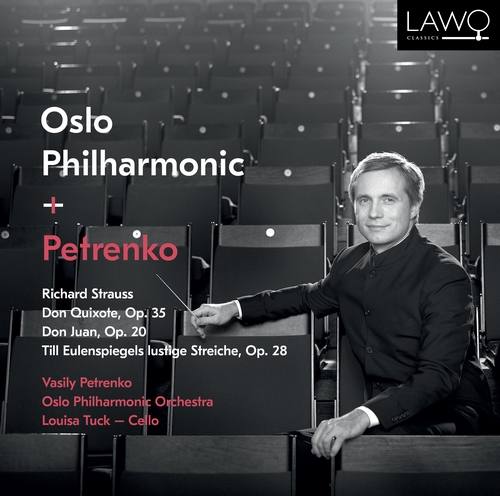 Don Quixote, Op. 35, TrV 184
Don Juan, Op. 20, TrV 156
Till Eulenspiegels lustige Streiche, Op. 28, TrV 171
It took many hours of rehearsal for the Weimar Orchestra to get its lips and fingers around Richard Strauss’s tone poem "Don Juan" in the Autumn of 1889, even with the benefit of the composer himself in charge. Not much about this music was conventional. Certainly not its opening page. The piece launches, off the beat, with an elusive upward flourish metamorphosing into a string of motifs that spans more than three octaves. It is the libertine Don Juan leaping out in front of us, and the 25-year-old Strauss introducing himself to the world with the piece that would make his name.

Most composers endure a crisis of identity before finding their true voice, but Richard Strauss was forced to do so against the backdrop of a fierce ideological battle. In his twenties, Strauss felt he was stalling: preoccupied by a functionary conducting position at the Munich Court Opera and unsure where his calling as a composer lay following a moderately successful symphony and some promising songs. It was an orchestral violinist, Alexander Ritter, who urged Strauss to explore the genre defying ‘tone poems’ of Franz Liszt, in which wordless orchestral music was used to recount a story.

The score of "Don Juan" covers a great deal in its relatively short span. But Strauss was determined to demonstrate that a large-scale tone poem was capable of pushing orchestral music to its expressive limits. If there was a faint suggestion in Don Juan’s score that the character’s quest for women is also quest for meaning in life, another Don would provide Strauss with the opportunity to explore that idea from multiple angles and with irony thrown in. In 1897, the composer was drawn to Cervantes’ 1605 novel "Don Quixote", which tells of a chivalrous but deluded knight errant setting out to put the world to rights – even inventing a woman, whose hand he will win, to make the enterprise worthwhile.
Recorded in Oslo Concert Hall, 17-21 October and 29 Noveeber - 1 December 2017. Louisa Tuck plays on a Nicolo Gagliano cello, dated 1745.