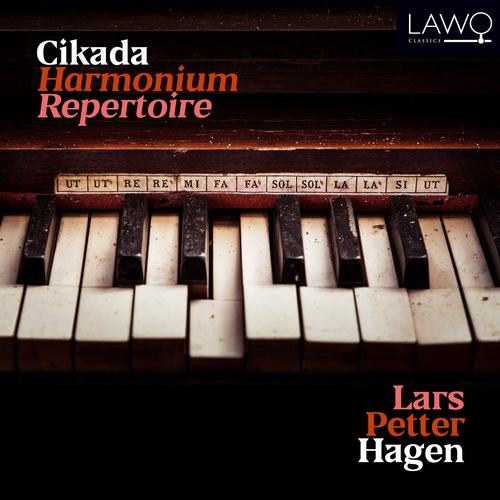 Paulines piano I
Three Transfigurations
Harmonium Repertoire
Sorgemarsj over Edvard Grieg
Passage – Silence and Light Triptych
Paulines piano II (Maria og barnet)
The music on this release is written over a period of 20 years, and all the works relate specifically to the past. An old piano, Richard Strauss' material in "Three Transfigurations", Richard Nordraak’s indirect presence in "Funeral March in Memory of Edvard Grieg", and fragments from the archive in "Harmonium Repertoire", taken from harmonium orchestral parts in works by Schönberg, Mahler, Strauss, Berg, and Bruckner.

Some may find a nostalgic inclination. A sense of lost time, that everything was better before and so on. It is not untrue, but neither is it the whole truth, I would argue. I look at my own compositional work as a fundamentally optimistic project where the core of the activity is about relationships. I think music stands in relation to something, like a meeting, sometimes a confrontation, always in connection with people, the world, history – or a piano.