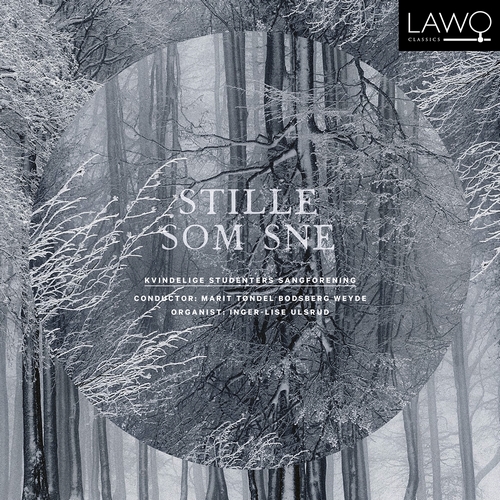 The Christmas story has become a universal story in our time. It speaks of peace and reconciliation, love, hope and generosity, ideals we all can and ought to strive for, especially in a time when our part of the world is more turbulent and unpredictable than it has been for a long time. Differences are accentuated, and it can be difficult to hear what is being said for the din of voices of those who believe they are right.

This year (2020) the Women’s Choral Society of the University of Oslo (Kvindelige Studenters Sangforening KSS) is celebrating the 125th anniversary of its founding. The choir has always been committed to contributing to a diverse range of music for and by women out of pure necessity in the beginning, as at the end of the nineteenth century the repertoire for female choir was scant indeed. Choir singing was the domain of men. Over the years, however, the role of women has changed in this realm of music, as well as in the world at large, and the time has long passed that KSS has had to turn to the male repertoire to fill out its concert programme.

As a tribute to this progress, and as a further contribution to the stock of the Norwegian female choir repertoire, this album Stille som sne consists almost entirely of music arranged for KSS in recent years. Its span is broad in terms of the age and origin of the songs, but the focus on Norwegian texts is what they all have in common.
Recorded in Uranienborg Church, Oslo, 31 January - 2 February and 6-8 March 2020.