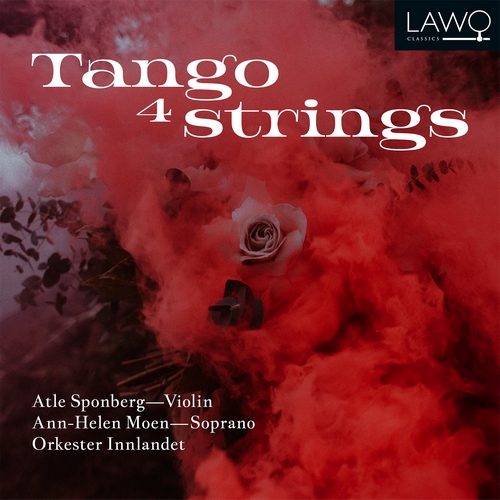 La Partida (Arr. Sverre Indris Joner)
"The tango comes from inland areas and the coast, from seaman’s shanties. It comes from the African slaves and the Andalucian Gypsies. It has incorporated the guitar from Spain, the accordion from Germany, and the mandolin and the aria from Italy.” Tango has always been performed with a variety of ensembles throughout its history, and I have thus in the course of the years commissioned arrangements for strings only either solo violin and string section, or for chamber orchestra. There have been quite a few tangos through the years, so I thought it might be time to record them in order to preserve the soul and rhythm of the tango for string ensembles only. The tango can be intense, sentimental, sensual and passionate, as well as aggressive, rough and aching: both complex and simple at the same time. - Atle Sponberg

When you are writing arrangements of the tango and other Latin American music for classical string orchestras, there are some special challenges. Most of these involve how one can incorporate all the musical elements that are not included as part of the notation. Things that the musicians just know because they know the style, but that are not written down, and are often very difficult to notate. In the tango one often talks about playing ‘con mugre’ (with ‘dirt under your nails’), which is a way of describing all the small nuances in the playing that must be there if it is going to feel right, but that are not necessarily ‘correct’ on the instrument. This often involves untraditional ways of creating added sounds and effects while you are playing, or the way you use accents, staccato, glissando and crescendo, at a subtle and detailed level that is often difficult to distinguish from a particular musician’s personal style. How much of this can be marked in the music notation? I am constantly experimenting to find a good balance that does not include so much information that it becomes impossible to read/play, but enough to give it a reasonably authentic character. - Sverre Indris Joner, Arranger, pianist and composer
Recorded in Jar Church, Barum, 12 14 October 2020, and in Sofienberg Church, Oslo, 4 May 2021 (Tracks 2, 8 & 11).