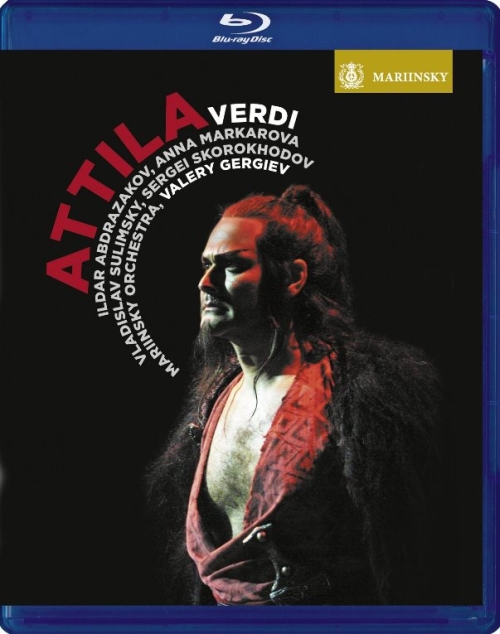 As is the case with many of Verdi’s operas, his ninth opera Attila is imbued with the spirit of Risorgimento, the national liberation movement of the Italian people against foreign rule and for the unification of trampled Italy. The plot, which tells of the struggle of Aquileia, one of the last remaining strongholds of once eternal Rome, against the barbarian hordes of Attila, King of the Huns, received an enthusiastic reception from the audience present at the premiere at the Teatro la Fenice in Venice, and yet is rarely performed in today’s opera houses. Since the premiere in 2010, the Mariinsky has revived the Gama’s production each season, most recently in January 2013.

We are grateful to Yoko Ceschina for her generous support

"The singers are in fine form, particularly bass Abdrazakov. (There's just something about a Russian bass!) And the orchestra sizzles as well, albeit it in a slightly Russian fashion, as if perhaps a Tchaikovsky opera was part of a double bill. All in all, it's an exciting performance and refreshingly old school." CBC Music
Duration 2 hours 20 minutes; Recorded at the historic Mariinsky Theatre, July 2010; Performed in Italian: subtitles – Russian, English, German and French; DVD9 (REGION 0) ZankUkośnika NTSC 16:9