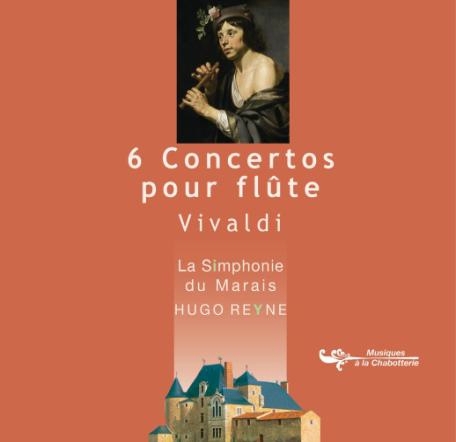 At the age of ten, Hugo Reyne was striving to reproduce by ear on his small soprano recorder Vivaldi's pieces often gleaned during commercials on the radio or television. When he was sixteen, he heard them played by the virtuoso recorder player Frans Brüggen in La Maison de la Radio during the interpretation course of this outstanding professor who is regarded as the father of modern recorder. These were arresting moments for Hugo Reyne who felt an enduring fascination for Vivaldi's music and made Frans Brüggen into his first model, some would say his mentor, at the beginning of his own musical career.

"To play an instrument from the composer's period further adds to this music's charm. I truly believe we have to give back to Vivaldi the poetry he deserves, to respect what he wrote, and no longer distort his writing with useless effects." Therefore, Hugo Reyne is using for the Concerto in C minor an alto recorder made by Gahn in the 18th century, and then in turns recorders made by the most gifted makers for the successive concertos. A tribute to his teachers and to those whose recorder playing have inspired him, this album features Vivaldi concertos which have carried Hugo Reyne through his teenage years and have marked out his recorder studies, then his teaching work as well as his recorder player career.