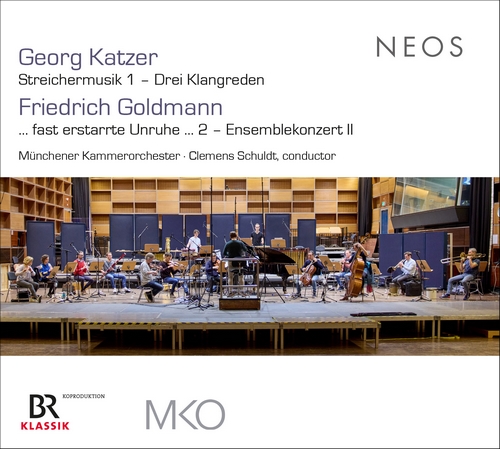 Friedrich Goldmann:
… fast erstarrte Unruhe … 2
Ensemblekonzert II
In the GDR, Friedrich Goldmann (1941–2009) and Georg Katzer (1935–2019) were the defining minds within a group of then younger composers, which had been growing since the late 1960s and which – increasingly audibly – contradicted the official demands for "Socialist Realism” in artistic creation. They countered the clichés of musical popularism and mass appeal with compositional concepts that – with the help of inspiration from Western European modernism and the avant-garde – aimed at absolutely self-determined stylistics and a degree of technical complexity corresponding to international professional standards. This set in motion a phase of constant sonic experimentation that initially met with massive rejection from the cultural bureaucracy, but also differed from the Western situation, in that composing traditions – in terms of a fixed work concept, with the intention of cerebral communication or affective messages – weren’t truly radically abandoned. Thus, in the four compositions compiled on this CD, one can observe with ease (as a kind of postmodern commonality) the departure from serial hermeticism and the openness for sound games, with conventional tonality and traditional craftsmanship, which consciously thematises the relationship of these works – and indeed, quite uniquely creatively – with historical European music traditions.