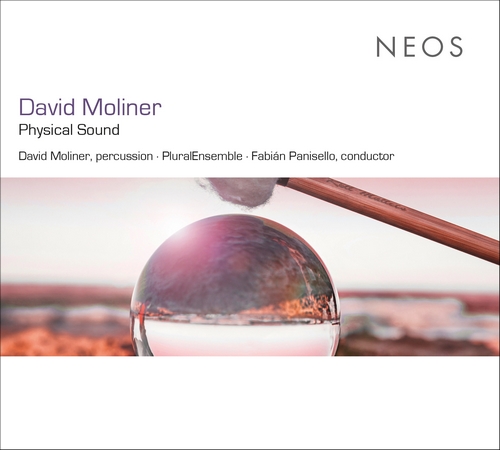 From my first meeting with David Moliner in 2019, a word emerged that implicitly carries the postulates that the Spanish poet Jose´ A´ngel Valente established shortly before his death in Palabra y Materia: expression. Moliner’s world of sound is inextricably linked to expression. His music is conceived in connection to it. Sound becomes a sensory experience for both the performer and the listener, sound is transformed into matter through bodily expression in a sort of “perfect melos” of classical Greece, the union of instrument and voice. Sound, act and thought are unified. Without a doubt, this sensory unification comes to David through the evanescence of the sound of percussion instruments and the music of Xenakis, a composer who devoted himself to rhythmic exploration. This is perhaps the common thread of all the works that make up this recording: converting sound into matter.

The Colombian philosopher Nicolás Gómez Dávila, in one of his numerous scholia, claimed that “The impact of a verse is enough to explode the debris that buries the soul.” The essence of David Moliner’s work, as we have argued, is the full expression. With it he seeks impact, making the sonorous verse that stirs the souls of both those who perform his music and those who listen to it. Michael Thallium