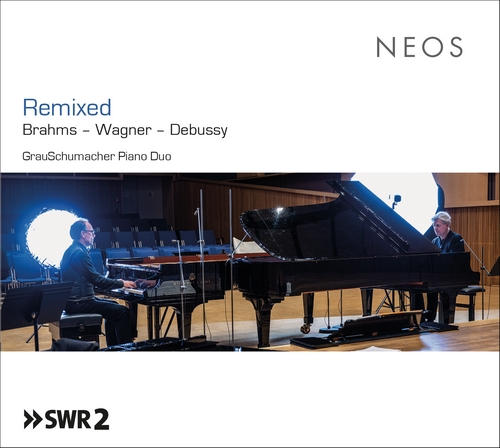 Claude Debussy:
Trois Nocturnes
Many works by major composers are available in different versions. The changes range from minor retouching in the instrumentation to scoring for a completely different set of instruments, and even to a practically new composition. Sometimes it was the authors themselves who undertook these revisions, publishing several versions of a single work, while at other times contemporaries or later generations turned their attention to these compositions, seeking to adapt them to a different way of listening, changed aesthetic sensibilities, or newly-available technical possibilities. However, the intention of the arrangers was always to leave the musical content of the original work untouched. Through these sound metamorphoses, they succeeded, in the best case, in bringing about a change of perspective that cast a new and unexpected light on the work in question.

In the text that accompanied the premiere, which was most likely written by Debussy himself, he characterized the three movements of the Nocturnes in the following words: “Nuages is the unchanging appearance of the sky with the slow and melancholy progress of the clouds, ending in a grey dissolution gently tinged with white. Fetes is the movement, the dancing rhythm of the atmosphere with sudden flashes of light. It is also the episode of a procession (a dazzling fantastic vision), which passes through the festive scene and becomes merged in it. But the background remains persistently the same: the festival with its blending of music and luminous dust participating in the universal rhythm. Sirenes is the sea and its countless rhythms and then, among the waves silvered by the moonlight, is heard the mysterious song of the Sirens as they laugh and pass on.”