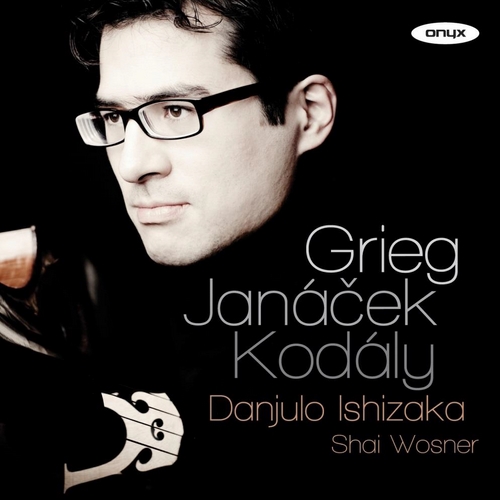 Kodaly:
Sonata for solo cello op8
Cellist Danjulo Ishizaka, a former BBC Radio3 New Generation Artist, is now in demand with leading orchestras and conductors worldwide. He made his Vienna Musikverein debut in 2003, his BBC Proms debut in 2006. He has also performed at Carnegie Hall in New York. In 2012 he was awarded the Hideo Saito Memorial Fund Award, one of Japan’s most prestigious music awards.

Danjulo and fellow ONYX artist Shai Wosner have chosen a programme of works with strong roots in folk music which speak very clearly their characteristic national language. Together with Bartók, Kodály was a true pioneer in exploring and collecting melodies from the Hungarian folk tradition. Leoš Janáček’s Pohádka, on the other hand, turns beyond the folk tradition to another aspect that all cultures have in common: the fairy tale. Like his Hungarian counterparts, he too collected many of his country’s folk songs, observing and studying his compatriots’ language with a view to how it functioned in a melodic sense. He had a keen sensibility for the sounds of nature, and incorporated all these elements into his music. Grieg’s great sonata combines folkloric and magical elements in equal measure and paints a sonic picture of Norwegian culture.