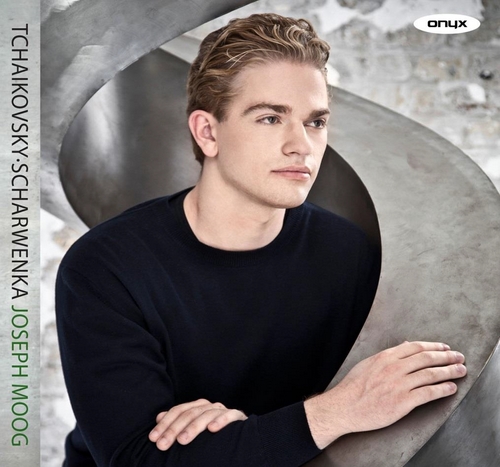 Scharwenka:
Piano Sonata No.2 in E flat op36, ‘Im Freien’ 5 Tonbilder op38 Nos 1&2
Polish composer Franz Xaver Scharwenka was one of the most important and popular composer pianists of the late 19th century, touring to the USA a total of 26 times. His four piano concertos were once corner-stones of the concerto repertoire. Music for his Polish Dance op 3/1 sold into the millions, and the 1st Piano Concerto was admired by Liszt and Tchaikovsky, whose G major sonata is paired with Scharwenka’s 2nd sonata on Joseph Moog’s third CD for ONYX Classics. Scharwenka’s total neglect is unjustified, and his concertos and sonatas merit re-appraisal.

Joseph Moog is fast becoming recognised as one of the most gifted and enquiring of the younger generation of pianists. His flawless technique and wide ranging repertoire has been praised by critics worldwide.